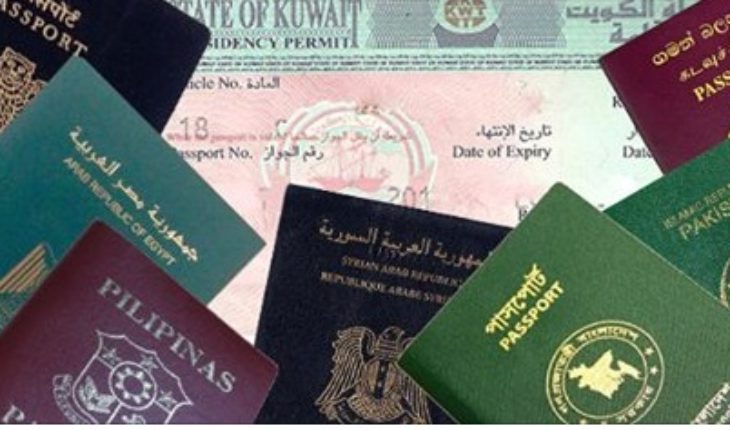 KUWAIT CITY, May 25: Ministry of Interior has placed a ban on renewal of family visas for parents, siblings and other relatives. Issuance of visit visas has been suspended except for some limited cases. Such a decision was taken to reduce pressure on public services in general particularly healthcare services.

Assistant Undersecretary for Citizenship and Passport Affairs Major General Sheikh Mazen Al- Jarrah Al-Sabah issued a circular in this regard to all directors of Residency Affairs departments.

In the circular, he explained that visas of wives and children should be renewed in line with Article 22.

The affected family members of expatriate workers will be given three-month temporary visas to prepare themselves after which they must leave the country or they will be deported to their countries.

Officials have been urged to implement content of the circular and ensure reports are submitted concerning the limited exceptional cases that deserve review for exemption. Security sources revealed that such a decision was deemed necessary, considering the pressure on services especially hospitals and specialized medical centers.

They indicated that the number of family members who have joined expatriates in Kuwait has been steadily increasing, especially from countries that are facing security unrests.

Meanwhile, Director of Public Relations and Media Security at Ministry of Interior Brigadier Adel Ahmad Al- Hashash affirmed that various departments of the ministry are well prepared to implement security measures during the month of Ramadan.

He said the higher authorities have directed all officers to be alert at all times, revealing that security officers have been given many assignments to control traffic logjams on the roads, streets, commercial areas, markets and places of worship that are usually filled with large number of people during the period. Brigadier Al-Hashash indicated that traffic lights will be reprogrammed in proportionate to the congestion rate, especially when it is time to break the fast.

He assured that the authority is working hard to curb the phenomenon of beggary which is commonly witnessed during the month of Ramadan. Brigadier Al-Hashash warned non- Muslims against eating in public during daytime throughout the month of Ramadan, revealing that violation of this law attracts fine of up to KD 100 fine and/or one-month jail term.