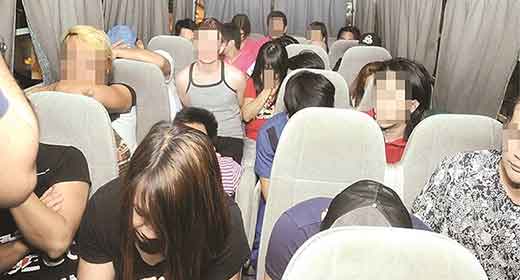 Nine people were arrested in a massage parlor in Kuwait that offers ‘extra’ services to its customers.

According to a local news outlet, authorities from the Criminal Investigation Department (CID) arrested nine people in a massage parlor in Salmiya, Kuwait as attempts to identify people with HIV (AIDS).

The operation was conducted after a report was made through secret agents claiming that a massage parlor is offering unauthorized services prompting the police to conduct surveillance for about four days.

As soon that illegal operations were made in the massage parlor, authorities raided the area and nine people were arrested and was referred to the Ministry of Health for examination.

As the matter concerns the health of the citizen, it is tagged and serious and needs thorough investigation. The detainees were referred to the Ministry of Health and they will all be subjected to examination for a fact that one of them already tested positive with HIV.

To stop the spread of disease, police contacted the people on his contacts to conduct examinations on them. Additionally, expatriates proven to be involved in the institute will be deported back to their home country. As for citizens, they will be referred to the health authorities for another round of examinations.